Quickly and efficiently card or blend fiber without creating neps or noils.
Save time, save money – save your fiber! 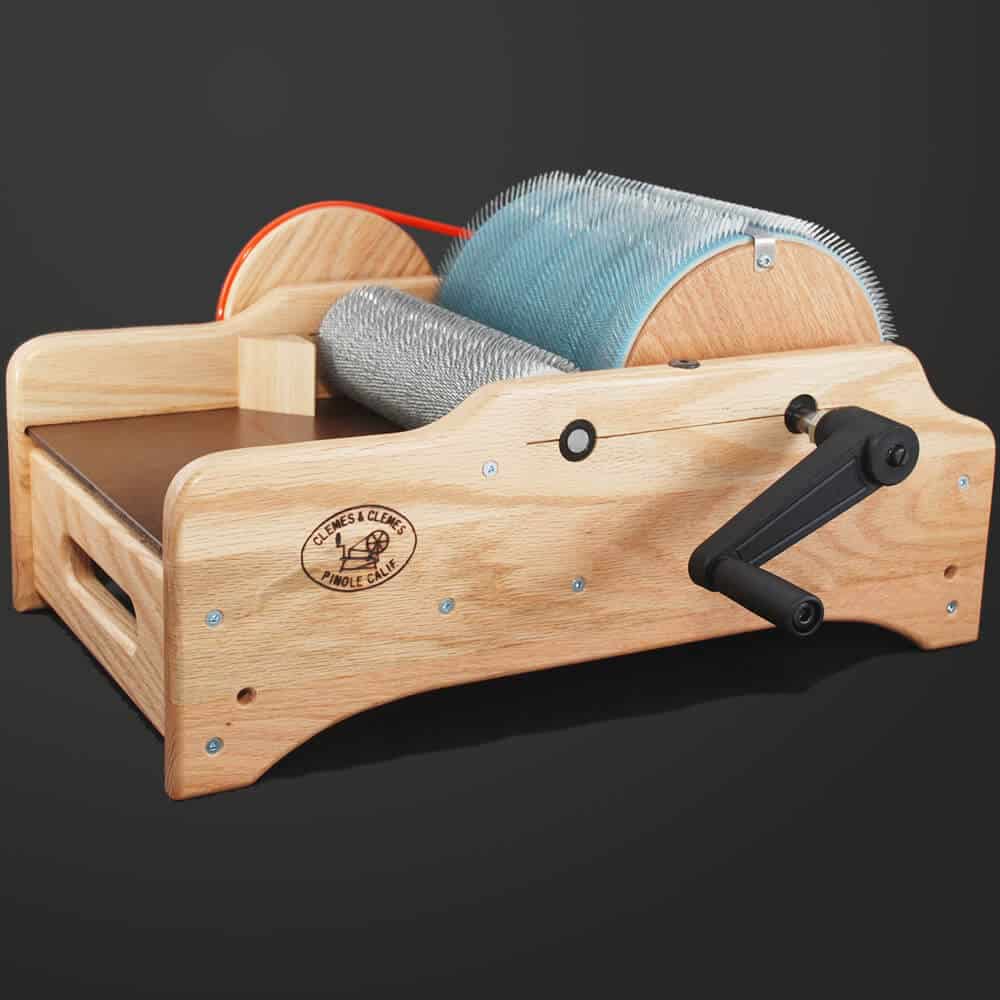 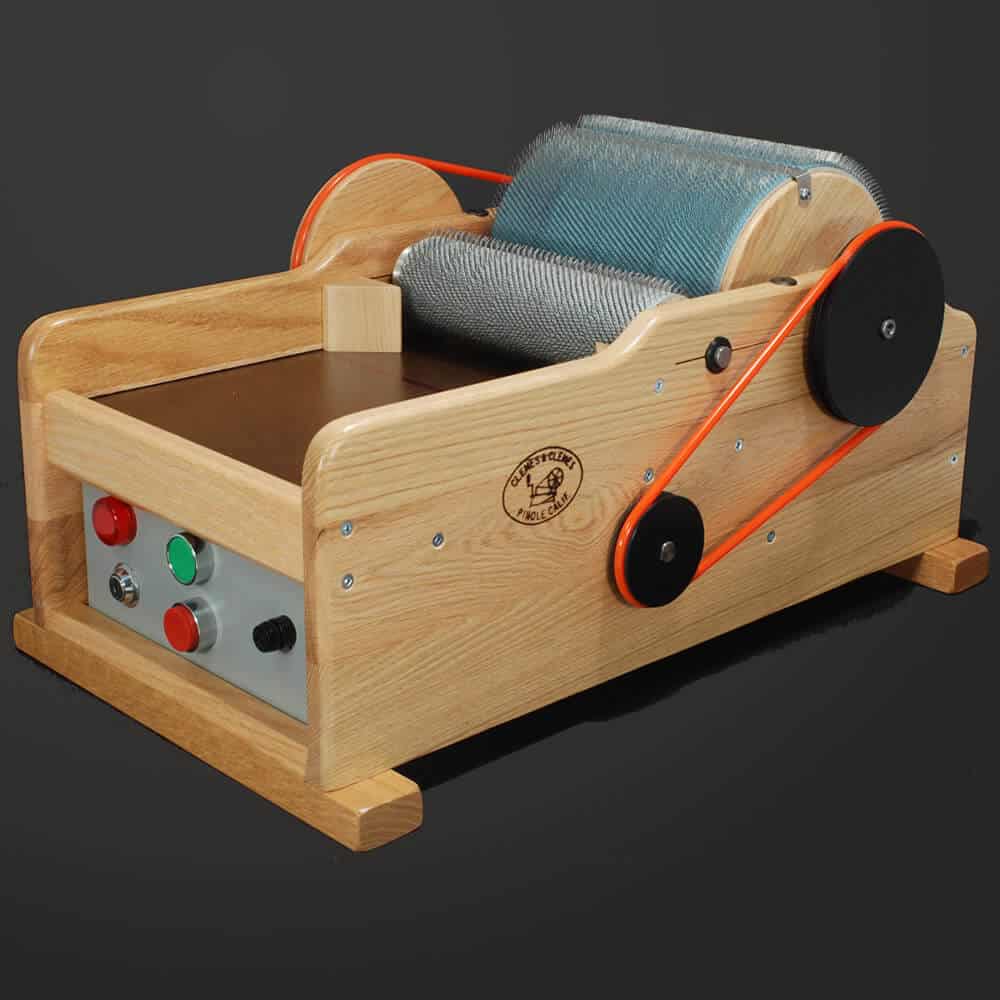 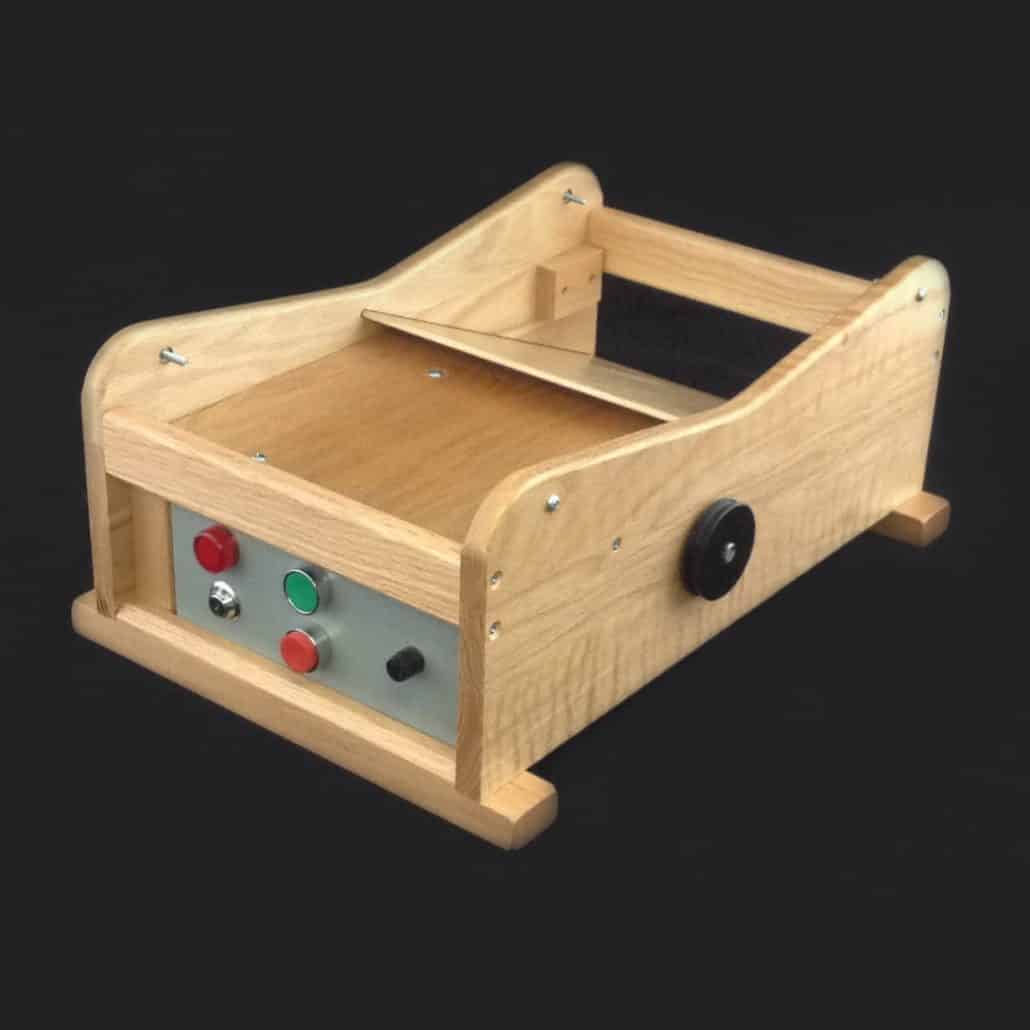 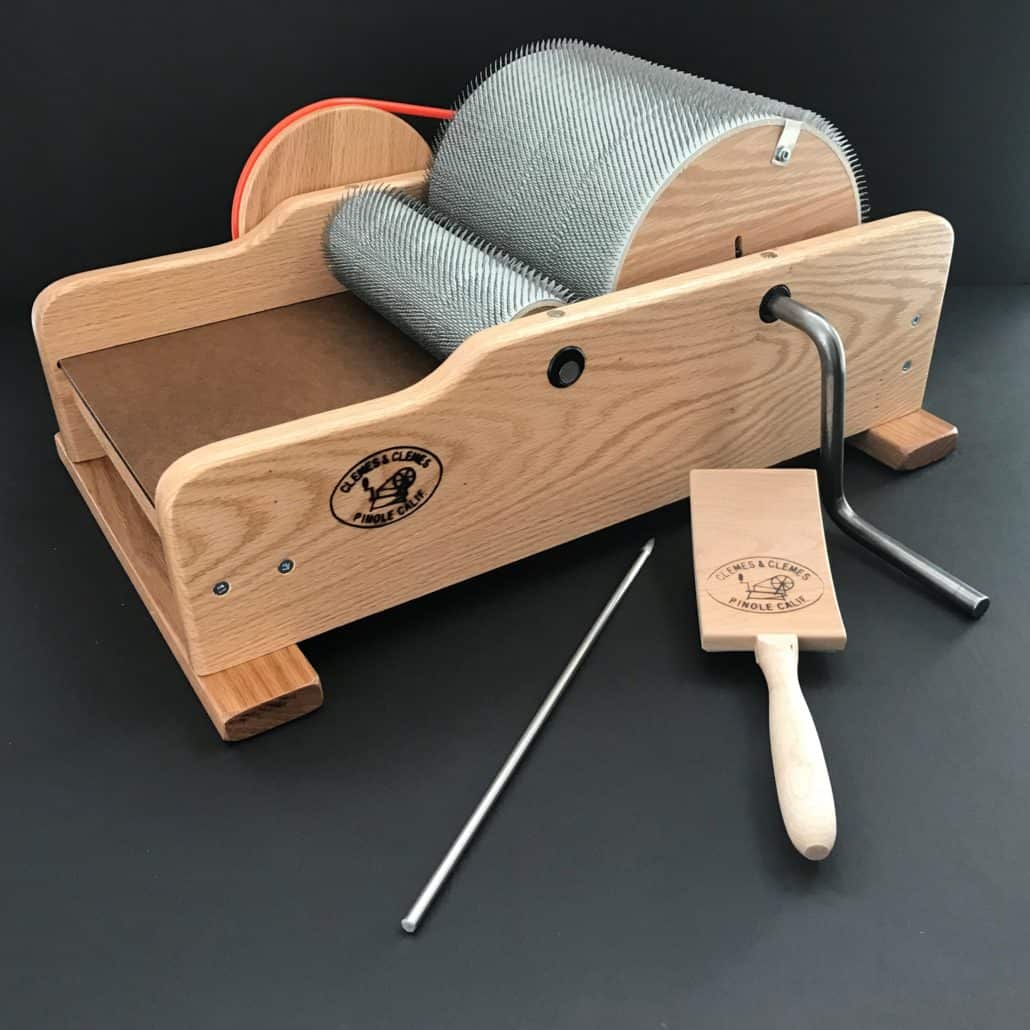 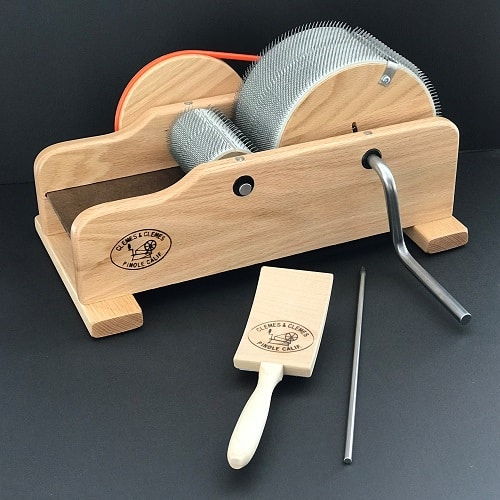 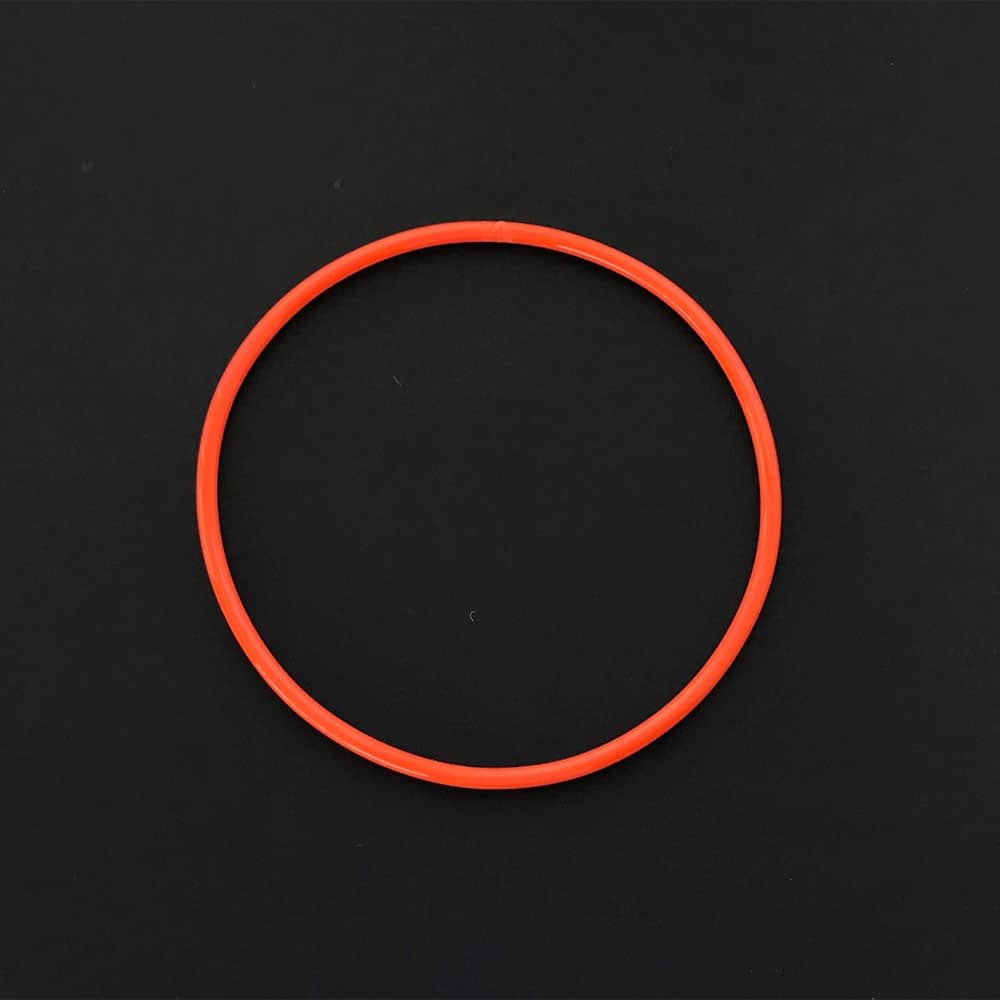 In the early 1970's - before we made our own drum carder - we sold a few models of carders made by a variety of companies. Unfortunately, these models lacked quality, craftsmanship, or both. Frustrated, Henry Clemes lamented to his father how he could not find a drum carder that his customers did not have a list of complaints about.
His father's response was simple: "So, go make one!"

Because he listened to his customers, Henry knew exactly what they were looking for - a machine that was easy to use, easy to maintain, and one that carded most fibers in one pass. Rather than reinvent the wheel, he immersed himself in the process and the history of carding.

In his research, Henry learned all about carding - from early hand carding to hand powered machines to large-scale industrial operations. He was even lucky enough to find a well-used, well-read shop manual on the construction and maintenance of an early 19th century carding mill.

He discovered that many of today's gimmicks - extra 'worker' drums, special licker-in cloth, or permanently mounted brushes - added no functionality at all, if the carder is designed properly in the first place.

Combining his engineering background with his newfound knowledge of the carding process, Henry took his father's advice and created a versatile line of drum carders that was soon recognized worldwide as being the standard of the industry. Thousands upon thousands of these carders have been produced over the past 40+ years.

The same model, now referred to as The Standard, is available today with only a couple of minor changes to the original design (we do recondition older Standards too!) With Roy rejoining the company in 2008 after some time off for college, our focus returned to the innovation of new products.

In April of 2011 we saw the introduction of the Batt Lifter - the result of Roy's multi-year project of researching the best way to remove and store batts from a drum carder. Upon first seeing it in use a friend and instructor of ours proclaimed it 'the most innovative thing to happen in carding in 20 years.’

May of 2012 saw the introduction of our No Bend doffer. Made of heavy stainless steel, this doffer literally cannot be bent.

June of 2012 our packing brush was redesigned for creating denser batts and handling fly-away fibers like suri alpaca. It is also recommended for producing batts to remove with a diz.

In March of 2013 we released our burnishing brush designed for producing the thickest and heaviest batts while at the same time sharpening the teeth of the drum carder.

And in June of 2013 we took drum carding to the next level with the introduction of our Elite line of carders. The first Elite, the Convertible, incorporates all of the tools we designed in recent years plus an increased batt size and the ability to be easily converted to electric drive.